Sometimes things don’t always go as planned. That was the reality of a recent research cruise that I attended in December of this year. During a previous voyage, researchers had been in the midst of recovering an underwater platform of instruments sitting 500 feet deep on the California Coast.  While bringing it up, however, the line broke, and the platform remained where it was on the seabed.

I accompanied a team of engineers and technicians on a rescue mission cruise. The goal was to hook the three-foot by three-foot platform by trailing hooks and line around the site. This practice is, as one person told me, a ‘last resort.’

While the rescue mission ended up unsuccessful, it was not for lack of trying. The crew worked for almost three days, in high swells that often filled our boots while working on deck. Although we came back empty-handed, these photos show a fascinating window into what it’s like to be working side-by-side with some of the most trained experts in sea-going-oceanography today.

See the slideshow below, or view the Flickr album. 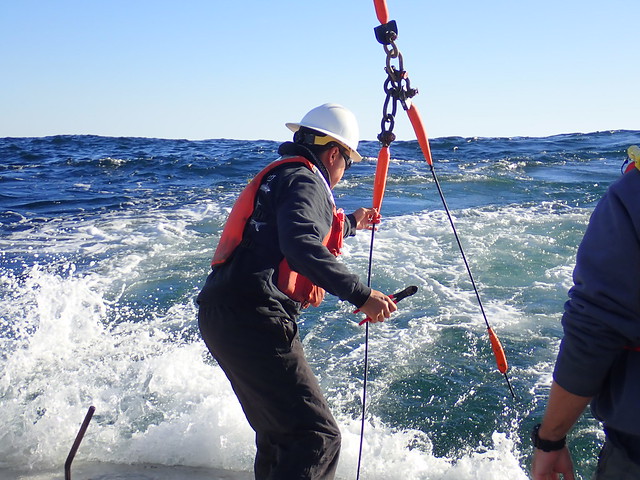 I report on the latest research in the Earth and space sciences for Eos, the news service of the American Geophysical Union (AGU). In the past, I’ve written articles for universities and professional organizations. Read my bio here and my articles here.

What do I write about?